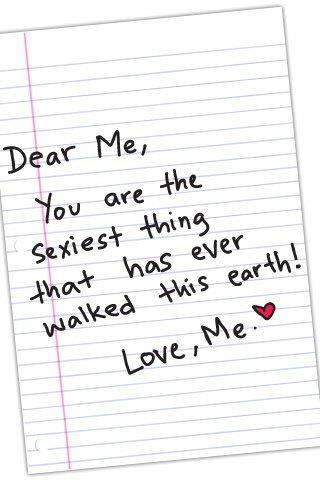 I would lie and blame it on hypnotherapy.
But it happened way before that.

I’m a domestic under pressure.  Stressed?  I iron.  Stalling to avoid some perceived craziness (like going to work)?  Scrub the tub and wash the dishes.  Company not coming (like ever)?  Purge the place with incense and dust the baseboards.

So it was that I got busted talking to myself around sixth grade.  I was sweeping my frustrations away in my bedroom when my sister came upstairs unbeknownst to me as Me and Myself were in the throes of a lively discussion.  She startled me with her laughter and a report yelled to the others that I must have been going crazy.

Me and Myself learned from that episode to keep our thing covert.

Our lively discussions turned to dramatic and poorly wrought metaphors.  By the time we studied allegory in Mrs. Shugart’s class, I was hooked on layering meanings.

Apparently I still am: two months ago I received a rejection praising my poem “except ultimately the number of images was just too overwhelming.”

Maybe that’s why his ass has spent two years in a notebook instead of in print.  Better get it together; ain’t nobody trying to coddle his ass forever.  Hmph…getting the hell out of here.  <– That is Me shit-talking to Myself about the poem in question.

The hypnotherapist says this behavior is good.  She tells me that my approach is “positively negative” though; she points out that I’m dissing Myself in my attempts to push Myself to achievement.

Reminding Myself of my shortcomings to try to overcome them can work against Me if I’m not careful.  After all, the two of them are aces.  One can’t dis the other without the other getting pissy and thus defiant.  I need their relationship to work; they have to be on one accord if I’m to achieve.

But generally, my shit talking is beneficial.

I rock my runs when I tell Myself that I’m capable; write prolifically; dance gracefully when I’m telling Myself something like: D remember you’re working from behind the eight ball–you grew up awkward as all heaven and hell.  See how amazing you are for even doing this?

Myself believes it–the way you believe your cheating lover when he tells you of your awe-inspiring charm, beauty, and/or wit.  You hold a little of yourself in escrow.

So my shit talking could use some tweaking like that poem so that instead of just nailing one line on the page, or one move across the studio floor, shit can be all epoulement in the joint: my Whole Self moves.