I enjoy sharing my work–writing, art, pedagogy but I do not like the public performance of it. (Artists be insular as a mug y’all; don’t like you ain’t know)! So I sometimes correct people when they call me “shy.” I’m reticent; quiet; and nope, public presentation is not an activity I particularly enjoy. But I don’t think “shy” is precise enough. 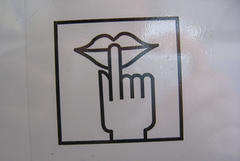 I was watching a clip from the Adele concert this morning.

“I love you all,” she said “and I hate you” speaking of her well documented disdain for public performance.  We sure don’t share the same voice, but on this subject Adele and I are alike.

I enjoy sharing my work–writing, art, pedagogy but I do not like the public performance of it.  (Artists be insular as a mug y’all; don’t like you ain’t know)! So I sometimes correct people when they call me “shy.”  I’m reticent; quiet; and nope, public presentation is not an activity I particularly enjoy.  But I don’t think “shy” is precise enough.

Plus, because I’ve always heard the term “shy” with a bit of condescension in the inflection; a suggestion of immaturity and/or an inability to fully function in a moment that requires public presentation, I resist it.

I just don’t wanna talk to y’all.  Sorry, but it’s true.  I’d rather listen actually.  But that’s another discussion.  Let’s stay on “shy.”

My profile reveals “shy” is a common way in which people perceive me.  I get it–lexicon precision is for us word-folks.  But it’s just not allaway accurate.  What you’re really seeing is me resisting the performance.  And you assume it has to do with a fear rather than an unwillingness.  I think those–fear and unwillingness–are different.

I would beg folks who make this assumption about me or even self-identify as “shy” themselves to consider this analogy: Many people are, or who find themselves, less than physically fit are not necessarily fearful of the process of getting fit but rather are unwilling to get fit.  For whatever reasons, they make this choice.

My choice is to do little public performance (and a lot more reps).

Lemme give some background on my choice.  I was never super talkative but up until middle school I was not usually considered “quiet,” certainly not “shy.”  Shoot, none of us liked doing Easter recitations!  As adolescence is wont to show you–the world ain’t safe.

So full disclosure: I don’t enjoy public performance because I have found very few safe spaces in the world since adolescence where one can honestly perform him or herself.  Oh you can do it–I damn sure try–but it ain’t always safe.

All too often the “stage” whatever it is–in front of your class; on the mic; at the club; before a camera is a place where the audience is awaiting the performance with a critical eye.  That is not a safe space.  A safe space says be you and I will accept it.  An unsafe space says be you and I will decide based on my prescribed criteria if I wanna accept it.

Adolescence introduced me to the latter in the form of fashion I couldn’t afford, hair I didn’t grow, and kids and adults who placed a hierarchy on what an “acceptable” self could be for each child.  Especially for a brown child.  Yet another long(er) story for a different post.  But we’re just gonna stick with this shy thing today.

So I found safety in things I’d always loved anyway–books, monkey bars, and success at the self I was expected to be.  As a twin, I got the “other half” of things–the bookishness to her athleticism; the introversion to her extroversion.  Myers-Briggs has taught us that we are actually more of the same side of the coin than different sides of it.  But folks like binaries.  So there was that.

I’ve since made choices to my self to be as authentic as I mofoloking wanna be.  It comes with a price.  But in that fee, I get to own my unwillingness to publicly perform except in places where I feel safe.  Yes, I still sometimes eat to be social and talk not to scare people.  I also skip stretching sometimes.  Things happen.

But in the meantime, I’ve also found safety in places I wasn’t supposed to be: the gym; the track; and believe it or not, in front of audiences.  Specific audiences actually.  Like, I feel particularly safe when I’m one on one with my students in my office for instance; the lecture-discussion model is very dog and pony show.  Engage us; make us interested; learn me. A performance.  The one on ones are not asking for or expecting that.  They want me.

I feel particularly safe when I’m discussing my art and literature; sure there are prerequisite butterflies–will they be feelin’ it or are they awaiting a dog and pony show I torture myself.  But get me going?  I prolly won’t shut up.

As a person who strives for transparency and authenticity, performing for an inauthentic audience makes me anxious and tired–what some will read in my shaky voice or utter silence as “shy.” More often than not, the energy ain’t circulating right–or yet–and my energy is responding and calibrating.

So you read all this and you’re like ay yo WordGirl, I hear what you’re saying. But by definition, since you like definitions, to be “shy” is to be “reserved” which means you hold some–that choice thing you speak of–so uh yeah, D, you shy.

Okay, you got that.  Naming helps us to identify and make sense of the world.  Okay then.

But let me make sense of this long-winded explanation.  Too often the word connotes within its primary meaning, the secondary one–to be “less than” or “short of;” like, to be 3 points shy of winning the game.  And my choice not to perform openly; my anxiety about it is not less than someone who chooses to Michael-Jackson and glitter bomb the spot.

As my auntie-in-my-head Audre Lorde would say, “I am not here to decorate your world.” So next time you catch me in some social situation and I’m not talking and you’re petting at me like a puppy or sneering ’cause, hell she grown and grown folks “speak up,” think about why I’ve made my decision not to speak or why my voice shakes when I do.

2 thoughts on “About My “About Me” Profile”