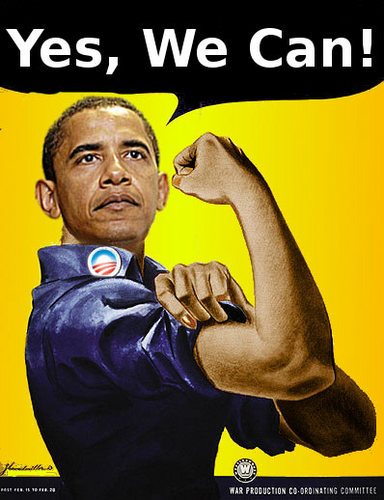 Asking me about my politics or my spirituality is like asking me what color panties I’m wearing.  Those are intimate conversations to be had with a very select population.

But I was reading a blog by a guy I used to know; he was writing about his skepticism with the election and most importantly the seemingly imminent election of Barack Obama.  Now, in the interest of full disclosure I should acknowledge that this brother has skepticism about the American government growing out of his beard, locs, and plastered on every flyer he’s ever designed.  I was not convinced by his arguments so much.  But it did make me think about my own concerns.

I wish people could devise their own, but since they might not, I decided to break my rule about when and where I talk politics a little; put some of mine out there.  Maybe my questions, like his did for me, will make you think up some of your own, do a little  research, and mostly avoid blindly choosing “the lesser of two evils” as some people describe their vote for Obama also known as “why I won’t vote the McCain/Palin ticket.”

Here’s a short list of why I’m uneasy about Obama (please don’t shoot):
1.  Where is that boy’s (maternal) grandmama?  I can tell you that my grandmother would be all up in the camera if she thought I was running for a national office–not just because she wanted to say how great I am but because I would want to show her off; kind of like Obama shows off his acceptably brown wife and children.  And my grandmama, unlike his, did not raise me.  That alone makes her absence even more conspicuous.

2.  What do bi-racial children think of Obama’s identification as “black?” This country’s history dictates a man of Obama’s complexion and demeanor identify with the melanin that earned him each.  Being raised by a white woman notwithstanding; not even knowing his black father notwithstanding, his self-identification as “black” is simplistic in a way that Obama has never shown himself to be. Well, except in this case, and maybe, too, in his response to the acquittal of the officers who shot Sean Bell.

3.  If Al Sharpton has a big mouth when it comes to race and class issues, does that make Obama silent?  His name must have meant something in Illinois, but until the campaigning began Obama’s name very rarely (none that I personally remember although I hardly follow the news as closely as I might) cropped up in national issues affecting either.

His relationship with the incendiary supposedly race-forward reverend, Jeremiah Wright, notwithstanding, I was taken aback by his response to the acquittal of the NYPD officers who swiss-cheesed an unarmed Sean Bell.  Respect the judicial process?   From a “black man”  who is well aware of the injustice of such a process for poor and colored (black, brown, red, yellow) people?  I would’ve expected as graceful a response, but certainly more relevant and empathetic to the specifics of the case from a “black” man.

So while I admire Obama’s grace and his platform of change is hopeful, especially considering what we’ve been through under the current administration, I’m not wholly willing to vote for the lesser of two evils.  I’d rather not vote for evil at all.  But then, I’m an all or nothing kind of girl for all that’s good and bad about that kind of personality.  And to me a blind (read: uninformed) vote is like a bullet in the dark.

All I’m hoping is that y’all don’t vote blindly.  At least know your target and decide if you’re willing to do the time if you hit the bullseye.