Look, we all perform ourselves; the version of ourselves we choose to present to the world is a performance. Hers seemed a performance of the worst kind—poorly played (she ain’t e’en have her script straight) and manipulative; the kind that seeks gain for itself at the expense of others. 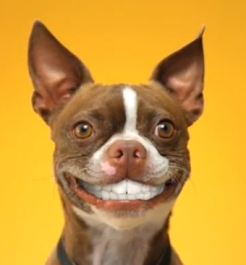 I met a woman who smiles a lot. A lot. To see her smile is to suspect that she has never experienced anything but joy. Of course this is a fairly impossible feat for the human, but I have met humans who choose joy. And so, because I had no experience to suggest otherwise, I wanted to believe she was in that number. Her lack of communication skills—she mumbles and forms mostly very simple sentences—made me begin to question it and her intellect. Joy unspeakable maybe? Errr nah.

Nope, I didn’t think she was miserable. But that smile was just unconvincing and it stayed with me like a clown’s might spook some even as it delights others.

Look, we all perform ourselves; the version of ourselves we choose to present to the world is a performance. Hers seemed a performance of the worst kind—poorly played (she ain’t e’en have her script straight) and manipulative; the kind that seeks gain for itself at the expense of others.

Kind of like the performance of the religious zealot who claims a direct line to God—for a mere $500 of course. With his poor metaphors (like that poor script o’hers) but the requisite huffing and puffing (like ol girl’s requisite smile) he can lead them to illness, financial ruin, all manner of bad because they want and need to believe. He profits from their faith.

My dad calls them shit-eating smiles or when he’s on a roll: skinning and grinning.

Now, this woman is well liked among her peers and as intellectually bright, according to degrees, as her million watt smile. She is also wealthy. When her wealth was revealed to me several months into knowing each other, I was even more suspicious of The Smile. Hold on y’all–lemme explain why.  It came in a conversation where I found out I had known her in a previous life.

At that time, she had an emerging company—direct and specialized human services—that needed employees. I fit the bill and applied. When I heard from her again it was in the unrelated conversation decades later where I said, “Oh wow, that was your company?” Professional the venture obviously was not.

Mostly the conversation finally began to give some context to my suspicions. But only a little.

Without the benefit of at least some context (I’m not sure the extramarital affair I was not supposed to be able to recognize should come in here as part of that context about the kind of person she is but I’m putting it here anyway), you could reasonably conclude that her wealth came from her intellect. But if you’ve read so far, you might see that context suggests that it came from The Smile.

Our lives are so fraught with tension and the high stakes of living that we seek and want to believe in genuine joy. I’m sure this attracts others to her. I mean, hell, I too wanna be happy. I wanna be around happy prosperous people. I’m not saying she’s any different in that regard.

My mother used to parable-and-quote us all the time. (My dad’s versions came out funnier). But they both said the same thing about being discerning. They said we should be kind; that we could be “entertaining angels unaware” and to beware the wolf in sheep’s clothing who could “talk you out your socks when you never planned to take off your shoes.”

Because I’m their child, I write this parable. The parable of the The Woman With the Shit Eating Smile. Maybe someday she’ll prove in some way more tangible that I’m just a suspicious ol’ curmudgeon. And their child.

One thought on “The Woman With the Shit Eating Smile”